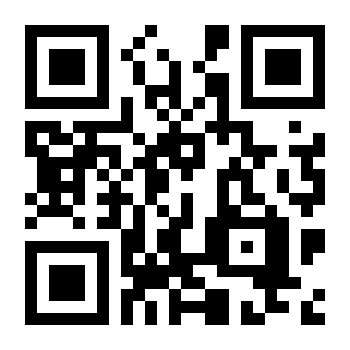 More than 5 years of development!

I have spent more than 5 years making this New Adventure Game!

This is a new adventure game which is different!

As a new adventure game, a role-playing adventure with big, deep-oceanic monsters. The journey of the player character ‘Birdie’ begins in a mysterious world where humongous monsters lie in wait for victims. Puzzles will be another delight.

You evade, scare off, punch away A.I. monsters in a vast space of the unknown world as you find the puzzle entities and solving their puzzles.

Upon successful solving the puzzle, you’ll regenerate health and gain a new ability and control button, depending on the character of the puzzle entity in the game.

And the puzzle itself became a puzzle entity in the game: it is alive.

In a nutshell, if you are looking for a role-playing game like this, this is the game that you have been craving because there are none like this.

I’ve been working on this game for more than 5 years.

The game is a unique adventure with role-playing plus puzzles: you do NOT need to follow the predefined paths of the game story that is NOT possible in other role-playing games! Because I made the rules of the game system, monsters, puzzle entities in the rule-based system of GameplayKit. And each puzzle has its entity as well. And I hate to wholly follow predefined procedures which are common in role-playing games or adventures. If anyone merely follows a predefined path or story of a role-playing game, the game can NOT amuse the person beyond what a book can provide. I think that if it is a role-playing game, it should be more flexible and dynamic in the story than a book should be. Furthermore, it is also educational. In the game, every time the gamer finishes each level, the person will learn something important to his life.  I don’t like to make a game for entertainment only but also education.

What are the 5 features making your game unique in comparison to other games on the market and why are they unique?

1. Experience the big, mysterious world without needing to load a new scene. And it will make the player feel more freedom. To do this, I have to load the necessary entities in a multi-threaded way as the player character moves beyond the screen. However, I would improve the performance further if this game is funded.

2. Like a well-designed arcade game, It is free from the fixed storyline of an adventure game that the player should follow. To do this, I have designed rule-based programming and a decision tree: it is not hard-coded. Thus, in several minutes I can change the rules. Each level can be easily modified with these rules: I might add more complexity in the rules and puzzles if it is necessary and this game is funded.

5. This New Adventure Game, an adventure with huge, deep-oceanic monsters. The adventure of Birdie begins in a mysterious world where humongous monsters lie in wait for victims. Puzzles will be another delight. shall be the easiest one for a starter who has NOT YET played an adventure game or a role-playing game in his or her life.

7. Monster will change its form to a more fierce one in metamorphosis when the unexpected weather of the scene changes.

9. Lots of puzzles in the game which are easily editable in several minutes.

10. Lots of ‘puzzle entities’ will keep you busy and immersed, whose rules are easily editable in several minutes.

11. Creative defense strategies will save the character “Birdie” out of the hands of monsters

.12. When the character “Birdie” dies, you will love to be scared.13. AI HUD(artificial intelligence head-up display), which a curious gamer may enjoy what’s going on under the hood.

‘Birdie’s Dream’ begins with the following​

One day, Birdie fell asleep into a mysterious dream, spinning in a whirl in deep space.

And then she found herself set in a beautiful but unknown world.

And she walked through the fascinating sun-setting light, being led by an indescribable force.

Continuous thundering, lightning around her…

When Birdie arrived at a certain place, it was in the middle of a forest which she had never heard of,

full of strangeness and dreadful monsters.

However, it struck her mind that it is maybe an underworld which

At a loss to be standing there, a big campfire before her appeased little her fear.

And she started to pray, wishing for help from God.

This New Adventure Game won’t let you down if you are sick of repeating rounds of the same game routines.

2. And this is how I made the new adventure game, Birdie’s Dream: https://sungw.net/ios-game-development-of-the-game-birdies-dream/

The dev stories by year:

The dev log as postmortem:
The Swift Language in game development:

Thanks for your visiting

Hang tight! Birdie’s Dream is soon to be public.